We are finally implementing over the next couple of days, our Colony system. We’ve had this in the backlog for the last couple of years, but never implemented it, as we never had many sims yet and the community was so new.

With more and more active players and larger communities joining us, it is time we implement it.

Basically, like other systems have and people know of, the Colony system is much like a ‘Clan’ system or ‘Family’ system.

Everyone who is an owner of a Region Server will receive this update for free.

Have a read at the features it will have, and feel free to add into the discussion, what you would like to see in such a system which would make it more versatile, perhaps more flexible, perhaps more gamified and more fun for the community.

Players will be able to click on your sign to request to join your colony. Players can be invited in and become part of your colony.

A player will be able to pick one of the titles you have assigned to them through your colony page and in-game it will show up in the meter.

We are thinking of having the Suffix Colony change based on the number of members in a given colony. For example:

We could even do something like allowing a region owner to set up custom ‘Profession or Role’ names. So you could title a Ranger instead Samurai, but the system will treat them the same. A farmer is known as a Peasant instead and so on.

We can do a lot more with colonies later on as we expand on this system. But we are open to your input.

What do you think?

Will this have any other features beyond conferring a title, and by extension potentially creating play groups? As in, will it give any specific advantages to be a member of a colony versus being a wanderer?

I hadn’t even though of this yet, but yes.
I like the idea of the title changes, but maybe make them selectable.

I myself would prefer family or homestead (as thats how I refer to it) not a farm. Maybe even allow that to be region set too.

Maybe some people prefer a coven, a coterie, a pack of werewolves, or even a herd of centaurs?

But I like the idea of displaying the population with an invitation.

Possibility of that sign also giving the HUD as well to non SL C members?
I also like the title of custom profession names. Really great idea.

I’m not sure how feasible this is but what about the ability to turn on or off stats on the HUD? Its already quite a few lines in length you don’t want to keep it growing larger.

I wouldn’t mind seeing the energy bar go away as its not necessarily a public need to know item. Maybe the health bar shows if you toggle pvp on.

Otherwise I’m in favor of a smaller Visible Titler. Thats just me though.

Again not sure of the feasibility of this, but maybe allow the head of the family/clan/whatever also determine the color of the display for uniformity?

It won’t be a new titler. It will simply replace the text already showing where you currently see “SLC Explorer” or “Patron Supporter”.

You as the player will decide if you accept and display a given title.

You as the player will decide what colour your display bar shows at. It’s up to the sim leader and community within to set rules and requests and for the group or family to comply or not with these requests to create that uniformity.

We will keep discussion here to colony idea specific.

Will this have any other features beyond conferring a title, and by extension potentially creating play groups? As in, will it give any specific advantages to be a member of a colony versus being a wanderer?

At this stage there won’t be specific benefits. But if you have ideas as to what those could be, please do post them here.

This colony system will update and grow with the game as the community come up with ideas for it.

At this stage it’s just the family feeling of being part of someone elses colony on a more official method with a title to boot.

In a colony you could be given a title of Mayor of Cyssan Colony. And your profession might be Warrior instead of Ranger. Or Peasant instead of Farmer. You wont be able to do this as a lone wanderer.

I like the idea of the title changes, but maybe make them selectable.

I myself would prefer family or homestead (as thats how I refer to it) not a farm. Maybe even allow that to be region set too.

Maybe some people prefer a coven, a coterie, a pack of werewolves, or even a herd of centaurs?

That is an idea to consider. Even the original concept where I displayed a changing suffix like Family, Farm, Clan or Colony based on member count is an idea but not yet hard in stone.

I was considering leaving it all as Colony and no change, since we are SLColonies and having a Colony makes sense. However, this doesn’t accomodate to small houses and so forth where Colony does not make sense.

Perhaps making it customizable by the sim owner is ideal as you suggested.

How about these two ideas?

On the website, the colony members get a chat feature where they can discuss colony chores, things to do while the leader is away or have private discussions. The chat would remain and be historical, so it works better than group chat in SL.

Some of you have seen the linked signs which can show you the progress of crafting stations and fields remotely on your sim.

What if every field, every station, every gatherable were linked to a colony and show up on a Colony Management Page in a list, in that list, you can see everything from your colony, what stage everything is up to and get a birds-eye view of what might need attention.

Managers could ‘assign’ tasks to colony members, like a chore system, while the leaders are away.

The Colony Management page would be amazing, especially if it would show what fields were planted with what crop. (Would we have to be able to give fields a name? If so, they might need to be mod, which kinda could be bad). That would let us see what gatherables were stuck, too, though Drakkhis has done such a good job updating that they rarely get stuck anymore.

This idea gets two thumbs up from me!

Love the idea. Would make it easy to organize workers efficiently.

(Would we have to be able to give fields a name? If so, they might need to be mod, which kinda could be bad).

No need for the items to be mod. If you have an alchemy table already, you will see that with the new scripts we made to link the remote signs, you can also change the name of your station.

Even with the station no modification, the script can tell itself to change its own name, so that issue is already covered with what we’ve done 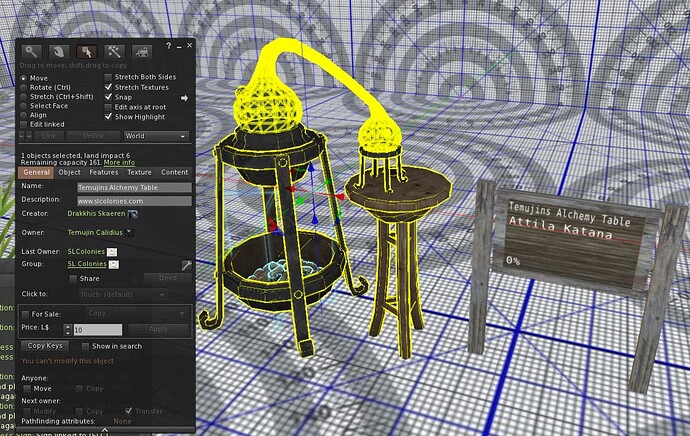 Just a quick update on the progress of the new Colony system which will allow Region Owners to set up their colonies and accept membership. 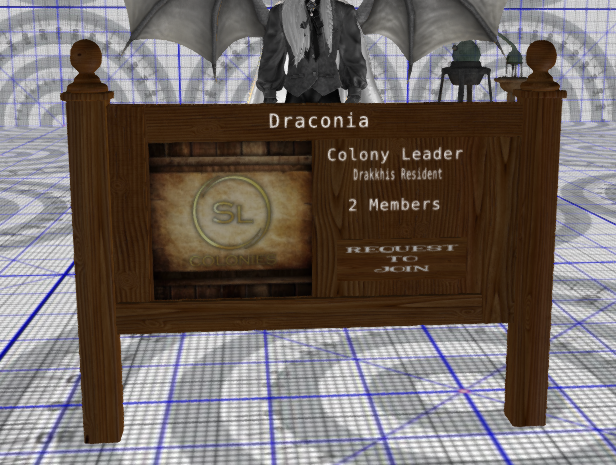 You’ll be able to create custom titles and roles/professions based on the current professions to suit your sim. 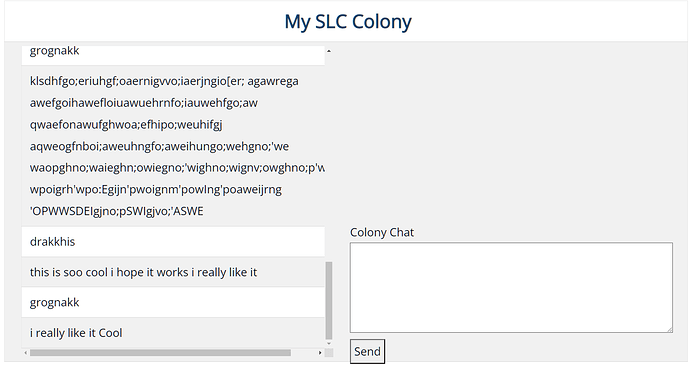 Let us know what you think so far.

I’m liking what I’m seeing so far! Are things still on track for linking the stations and fields and such to the colony webpage?

Linking stations to the website for colony was an idea for later and wont be implemented with the initial release of the Colony system.

We still want to get the Seamstress and furniture system done first and the rebuild of our market system.

We will come back to adding ideas and features to the colony system after initial rollout, player testing and further requests.