We’ve added sheep to the CXP store (soon we will release its breeding system so you can make more).

You will need a new tool called Shears which has been added to the Smith. This tool allows you to harvest wool from your sheep once every 24 hours (between 1 and 4 wool).

If you slaughter the sheep, you will get a lamb carcass and some leather.

Both the leather and the wool will be added to more systems soon. Including a spinning wheel & loom for threads and materials. 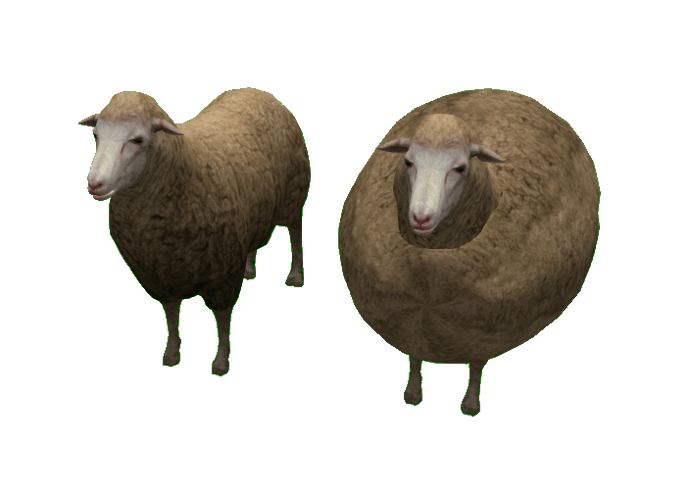 The carcass can be brought to the butcher and made into numerous lamb cuts for your cooking needs!

The Butcher Table is a crafting station made for the Butcher profession of SL Colonies. Butchers will be able to take various farm animal carcasses and portion them into special cuts of meat. These cuts and trimmings can be further processed down...

Just an FYI, our sheep don’t get floofy anymore. After the first shearing, they’ve stayed the same size (skinnier). They are still gatherable, but the graphic doesn’t update with the respawn of the wool.

Jusr checking. Has this been fixed? I know we uave an update, just checking if it’s been pushed.

Yeah its not important. Id just keep them out and have them as on your priority list for slaughtering when possible if they don’t want to update long term.

They finally updated. There was a pig update that was pushed, and after it finished, I was able to update the sheep as well. They came in full, so we’ll see in a couple of days if the update fixed the graphic change issue.