Just an idea that we think might be beneficial for those players that are interested in really customising their character to be different to others in their same chosen race. During player creation on the website, when choosing a race, you are shown the base stats for that race, showing you its strengths and weaknesses. Some races are stronger with weapons, some will be stronger with magic (wisdom and intelligence). Some races are more balanced, like humans. I will use the human for this exam…

We have now enabled special stats for all our players. It is not activated by default on new player creation and has to be opt-in.

You can opt-in by going here: 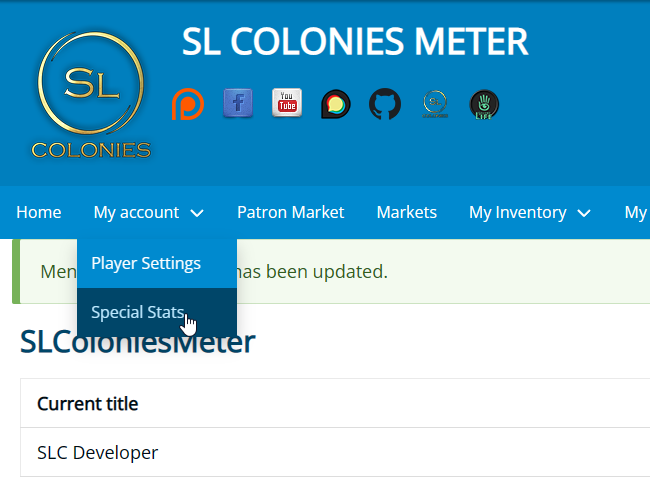 Once on that page, you will be asked to confirm that you wish to re-configure 12 of your stat points.

Once accepted, 2 points from every stat will be taken from your character and credited to a special stat pool, where you can now reconfigure your stats as you wish. 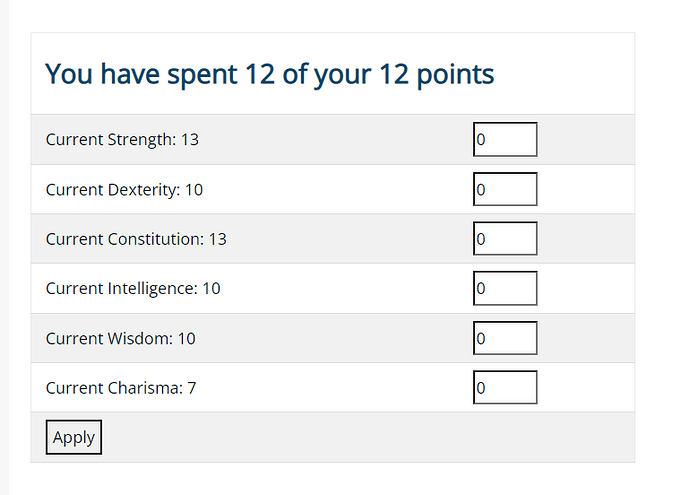 Please note that this is a one-off at this stage. You cannot reset it and keep changing it. We may, in future, add an option for a CXP cost to reset your character, but at this moment, make sure you are happy with your configuration before finalising.

my changes did not raise my energy, on any of the changed accounts

Ok, Looks Like, I missed 1 step, going to have to adjust something then I will re launch it.

Ok, all fixed, and the stats should be applied to your character now

all accounts is very good! thankies!

For some reason (most likely due to my advanced age combined with poor eye sight) this is NOT what I was expecting!

I had understood the “Special” aspect of these points as being an additional 12 stat points as an appeasement compensation gesture for the Great Dung Nerf and Character Rollback of 2022 but this is simply a partial stat re-config: Nothing “special” about that -LOL!

Its still very much appreciated though - Thank you

For my character build, that is a complete waste of stat points and I would gladly pay for a Reset Token to reassign those stat points elsewhere! I think you should implement a character stat re-config option that allows us to roll back to the racial base sooner than later.

i like to see a video on this since its about resetting your stats, and since i can only do this once i’m not willing to try it out on that one chance just to see what is going on and how its like or if it benefits at all to do this.

Its not that complicated and frankly the system is not that evolved to be concerned with magic based stats like Int. & Wis… As for the Farmer class which is pretty much vapid in regards to recipes, Int. & Wis are useless stats.

So for me its is all about Constitution to get me max energy for tanking along with gathering & harvesting, crafting & planting - not so much planting these days as there is NO market value for anything you grow as most, if not all colonies are self-sufficient so why waste time growing products you can’t sell.

Then I bumped my strength passed its cap to give me some weapon power and going forward I will add points to Dex for more energy bumps.

tbh i think the dex is not as important as con since dex only up energy and fatigue. at least con does 3 stats which seems to be more worthwhile. so if this is like some online game i would have put it like every 5 - 10 lvl i’ll up one dex that sort of thing XD

Both my Constitution and Strength are capped so I will keep adding to Dex until that’s capped and hopefully by then there will be a better character development system and we can re spec all our stats points to match our desired builds. I reiterate why, as a Demon Farmer wanting a Warrior build, do I need to have 10 stat points in wisdom - IMHO its ridiculous!

it sounds like it’s time for you to go design & build your own rpg and leave this one.

LOL your social graces are improving…