Request: Update to Menu Processes was closed so I couldn’t comment there, but… I’m worried that soon I won’t be able to use anything if everything is switched to WebGL. The cooking station and storage chest proved so far it just doesn’t work for some reason on my connection? pc? viewer? So I was thinking, is it possible to make it accessible live on a webpage also or instead of a media attachment/HUD?

Not sure of your specific situation, but I know when I had issues with the WebGL menus, I enabled media to auto play in preferences. It can be annoying if you are somewhere that always has media playing, but that worked for me. Just tossing that out there.

It’s already always enabled. The hud for my mesh body has a media page on it that requires that.

We’ve done a lot of testing and unfortunately when it comes to slow connections or connections with packet loss (network issues) or computers which are on the older side with built in graphics cards, players have run into issues loading our webgl apps.

Just because some apps work on your system from either our system or other systems, does not mean your system is optimised to work with apps that demand that little more network or processing power.

We have made the decision that we will not be taking Linden Labs path of no progress and evolution. Meaning that we wont be downgrading our systems to suit everyone. There will likely be a mininum standard some computers will need to meet to take full advantage, as it is with gaming.

We will release majority of our webgl based systems with the alternative blue menu crafting, however, most of our webgl apps are unique.

Unlike the storage which is as simple as selecting and transfering, the cooking station and alchemy are complex. They work out stats, levels, naming and much more which the blue menu method of selecting and crafting cannot cater too.

Future stations we develop with webgl such as the seamstress range will also have some complex systems built it, so it will be unlikely to work as a blue crafting menu unless you know the recipe and just craft from recipe.

We will always consider the blue menu over webgl with new products to try and cater. But we will not be sacrificing our uniqueness to every other system out there for it.

Why can I run online games but not the webgl menu? I’d think games like Elite Dangerous, EvE online, Genshin Impact, Star Trek online or Albion online would be more difficult to run than a menu for a storage device in SL.

The WebGL seems to have issues with packet loss. I have emulated packet loss on my system and it created corruption in the data.

It’s likely because, with games, you generally download the full game before you play it and it is stored on your local system.

Packet loss, in particular when it comes to uploading, means that the information you are sending out to a server, a percentage of it gets corrupted and/or lost. Therefore the server is not receiving all the required information to complete the task/process.

Eve Online when you do an action, such as choosing to fire a mining laser or a torpedo, sends a command out but generally also has all the commands on repeat. So once it received the command on the server side, it will repeat at set intervals. But it is possible also with packet loss, that sometimes when you send a command you find the system doesn’t respond to your command immediately and may need you to re-input the command. Such as finding yourself wanting to cloak up only to find that when you’ve clicked the button, nothing has happened and you’ve ended up having to press it quickly again or ended up blown up. There may be only a very small percentage of the time this happens, but that’s an example of what packet loss will do.

Second Life has UUIDs and checks that need to be sent to our server to ensure that the person sending a command or doing a check is actually you and not another player pretending to be you. So if any information is missing, it will just reject. At least that is our theory of what is going on here. We’ve found that the only people that have reported issues with WebGL have had the same problems when troubleshooting, and it has come down, so far, to packet loss/network issues.

Older machines may have issues processing animations in WebGL, such as our animated water in the alchemy station which slows down processing on a player’s computer, but the application in general still works.

So think of it as not about the difficulty to run the program, but network issues causing communications to fail either in the uplink or downlink to and from the server and database.

Have a read into packet loss on google: 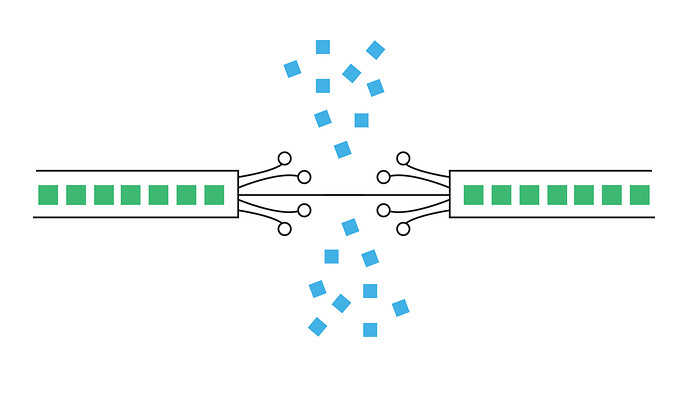 Packet loss can cause players to leave a game in search of a better experience. Learn steps to solve packet loss to retainer players.

There are many more articles on this for you to research and troubleshoot to determine how best to fix your network issues.

Hope this helps a little to understand how this works and what could be causing packet loss on your end.

#Rhabit, maybe u can chance the provider. i think your download/upload is too slow to process the webapp, the consequence is big packet loss and webapp wan´t load.

This topic was automatically closed 180 days after the last reply. New replies are no longer allowed.